Lent is a period of repentance and reflection. A time to come to terms with human nature and grow in our faith through prayer, confession, fasting, and almsgiving.

Although surprising to the uninitiated, the Lenten season culminates in a holiday more important to Christians than Christmas: Easter. And while Easter is a joyous occasion for us to celebrate the Resurrection of our Lord and Savior, the period of Lent commemorates the sacrifice and suffering of Jesus Christ leading up to and including His crucifixion.

Below, we offer seven Lent facts that may surprise you to share with your friends about the most solemn liturgy of the year.

While Lent is often known as an event that lasts 40 days and 40 nights, it’s technically 46 days in total. Why? Because Sundays aren’t considered fasting days, but rather regarded as “mini-Easters.”

But as many faithful Catholics know, 40 is a significant number in Jewish and Christian worship often used to denote a period of testing, trial, or probation. The Lenten season represents the 40 days Jesus spent fasting in the wilderness before commencing his ministry.

2. There’s a deeper meaning behind the word “Lent.”

The word “Lent” derives from the Old English word “lenten,” which simply means “spring season.” It also might derive from the same root as “long,” a reference to the lengthening days of the season. Furthermore, it wasn’t until the 11th century that the word was embraced by the Church.

During some Ash Wednesday services, the minister will use ashes from palms that were blessed on the previous year’s Palm Sunday to draw a cross on worshipers’ heads. Although historically in Jewish-Christian scripture, ashes symbolize mortality and repentance, here their meaning has evolved somewhat to include the idea of purification.

4. Covering crucifixes and statues is meant to awaken us.

From the fifth Sunday of Lent until the beginning of the Easter Vigil, Catholic churches veil crucifixes, statues and other religious images so as to awaken our senses and focus on words from the Gospel. We might also view this as a symbol of our terrestrial life and the veiled world in which we live, in exile from our true home, which is unveiled to us only through death.

5. The definition of “meatless” meals has evolved over time.

Abstaining from meat during on Ash Wednesday and Lenten Fridays is a penitential practice, although it has evolved over time from not eating meat from any warm-blooded animal to simply not eating meat. The interpretation of cold-blooded animals has led to some interesting exceptions to the definition of “meat” including puffin, alligator, and beaver.

6. The seasonal color of purple has royal roots.

Purple is the liturgical color of Lent. Costly to make in ancient times, purple came to be associated with kings and royalty. Before His crucifixion, soldiers clothed Jesus in a cheap robe made of “fake” purple dye intending to imply that Jesus was fake king, not knowing they were about to crucify the King of Kings.

In addition to being the color of royalty, purple is also the color of repentance for sins and symbolizes the state of our souls without the light of Christ. The color also symbolizes our mourning for Jesus’ sacrifice.

Last year, the Catholic Bishops’ Conference of the Philippines piloted Lent as a “virtual experience,” enabling participants to partake in Lenten liturgies online. Visita Iglesia Online allows participants to listen to the Passion, watch videos of the Seven Last Words, read homilies, and take part in the Stations of the Cross from the convenience of their preferred mobile device.

Lent has many symbols whose meaning can lead to a deeper appreciation of this holy season. As we embark upon this time of reparation and repair, how will you prepare your heart to grow closer to God?

To help prepare you and your family for Lent, here are some suggested books and reflections from Leaflet Missal:

Lent and Easter Wisdom From St. Augustine by Agnes Cunningham
$11.99 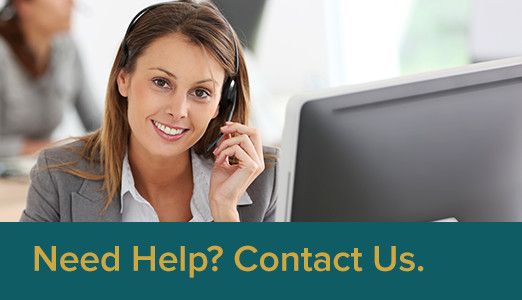